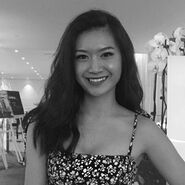 Sheilla Njoto | CEO, Management & Strategy
Sheilla is a Researcher at the Policy Lab and a PhD Scholar at the University of Melbourne. Her socio-technical research revolves around sociology, public policy and digital ethics, investigating how automated decision-making discriminates against women and 'feminine' language. She has been here and there, exploring different working sectors, from consulting, NGO to academia. Currently, she is curious about free speech in the era of digitisation, the declining trust in democratic systems and the post-truth politics. When not researching, she enjoys playing music, painting, exploring jazz pubs, reading books on political economy, political theories, history and anything Francis Fukuyama and Frank Pasquale. She enjoys her night-time readings over a fine scotch and smooth jazz. 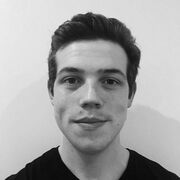 Jarryd Evison-Rose | Director, Editor-in-Chief
Jarryd is currently working with the East Arnhem Regional Council in the Northern Territory, administrating and facilitating consultation with Indigenous communities regarding environmental and waste management. He is a Master of Public Policy and Management student at the University of Melbourne, focusing on policy areas such as Indigenous governance strategies and macroeconomics. A degree in Theatre, History and Political Science also allows him to make comments on shifting social and political landscapes through comedy, dramatisation and pure spoken word — a riveting time for all. 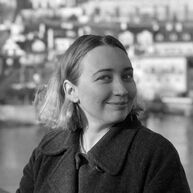 Rose-Anna Selhorst | Director, Youth Engagement
Rose-Anna currently works in public sector consulting. She recently completed a Master of Public Policy and Management, strengthening her policy analysis skills and knowledge across a range of policy areas, including overseas study in Finland. Rose-Anna is passionate about the importance of youth voices in policy-making and strengthening democracy. She had the honour of representing young Australians at the Y20 Summit in Japan in 2019 and is excited to keep exploring ways to empower young people to engage in policy-making through Gen:P. Rose-Anna loves coffee, saunas and lakes (and yes, she misses Finland). Her favourite books are historical political novels. 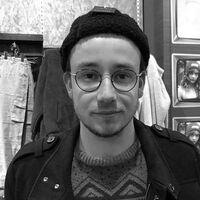 Oliver Kaiser | Director, Podcast Manager
Oliver is a balding 24-year-old. Like most people from Perth, he left and is currently residing in Melbourne. He is studying Bachelor of Criminal Justice at Victoria University, with his greatest achievement being not becoming a hipster yet. He has a mum, a dad and a little sister whom he loves very much but likes being away from them. Oliver enjoys long walks on the beach and talking a lot without substance. He has gone to China on a study tour, competed at the UniGames, been invited into the Golden Key society, has worked on developing his dad bod, brought TEDxVictoriaUniversity to life and has been elected to his student union as General Secretary. He hopes to work in diplomacy; if he fails, he will be perfectly content directing Gen:P and working at Maccas. 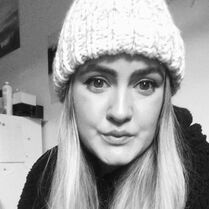 Penny White | Strategic Coordinator of Policy for You(th)
Penny is currently completing a Master of International Relations at the University of Melbourne. She was the first person in her grade three class to acquire their pen license and naturally this has been her greatest crowning achievement to date. Her childhood dream was to become a presenter on Play School, however, she currently works for an international clinical trial, researching healthy ageing for future generations. She has an ever-growing interest in the inner workings of the international state-system and how individual states interact with each other and looks to one day become a part of the diplomatic service. She passionately believes young Australian voices need to be increasingly heard and represented in Australian politics and policy and sees the best way to achieving this outcome is through knowledge and education of Australia's youth. She is extraordinarily excited to be a part of the incredible Gen:P team and looks forward to collaborating with fellow 'policyheads'. 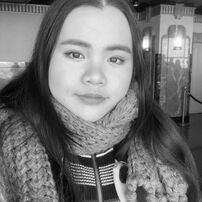 Michelle Kittikhoun | Communications Manager
Michelle is a final year Master of Communications and Media Studies student at Monash University. In 2021, she is planning to embark on a mini thesis project that will examine para-social relationships formed between YouTubers and their respective audiences. Additionally, she's going to try find ways to pay for reformer Pilates classes. She's been a digital communications officer at various international relations youth-oriented non-for-profit organisations and she wonders if she's unconsciously going on some youth-oriented organisation nationwide tour. Michelle decided to join Generation: Politics to learn more about policies because despite the fact that she's completed a minor in Politics and Policy Studies, her brain decided to forget about it after she graduated. In her spare time, she listens to K-pop more often than she'll admit (yes, she loves BTS), takes too long customising her Instagram stories, and playing Animal Crossing long after everyone else stopped. 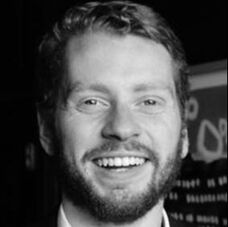 James Hayne | Project Officer, Policy Incubator
James completed a Bachelor of Politics, Philosophy and Economics (Hons) and a Bachelor of Science at The Australian National University on a Tuckwell Scholarship, and now works in management consulting. James joined Gen:P because he is passionate about improving the way the political system works for young people in Australia. On weekends, you can normally find James feeding his coffee addiction or trying to avoid getting sunburnt at the beach. 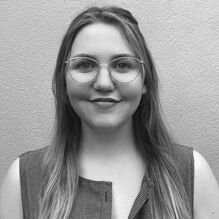 Hannah Mansfield | Project Officer, Policy Incubator
Hannah is an Honours student at Deakin University, researching young Australians participation and engagement in politics, how they can become better engaged with traditional political avenues, and why they’re choosing alternative ways to participate instead. She is also passionate about gender equality, refugee-welfare and climate change. Aside from her academic pursuits, Hannah is also passionate about literature and works as a Writing Mentor at Deakin, as the managing editor for Deakin’s literary magazine, WORDLY, and as a bookseller at Dymocks, the place where she spends the majority of her salary. She enjoys long drives through small country towns, spending hours in second hand book shops, and dancing to Dua Lipa with a glass of G&T, AKA the finer things. 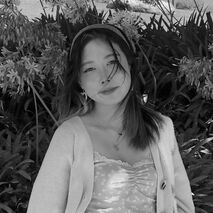 Vilan Yang | Project Officer, Policy Incubator
Vilan is an undergraduate student at the Australian National University studying a double degree in International Security Studies and Politics, Philosophy and Economics, minoring in Advanced Chinese language. She has a strong interest in Australian foreign security policy, especially Australia’s interests in the Asia Pacific region. She is particularly fascinated with the challenges that nuclear issues pose to the stability of the Asia-Pacific region. Vilan is also passionate about gender equality, the representation of Asian-Australians in leadership and the role of diversity in social change. She joined Gen:P because she believes that policy should be more accessible in order to engage in more meaningful and progressive discussion. In her free time, she loves creating overly specific Spotify playlists, eating overpriced avo on toast and obsessing over Webtoon characters. 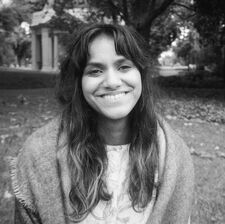 Sach Bamunusinghe | Project Officer, Policy Incubator
Sach is a long-time Melbournite currently supporting legal policy work in the Victorian Government. She completed a Master of Public Policy and Management with an interest in gender and community participation in policymaking. She's interned and researched all over - from foreign policy in Jakarta to sustainability policy in Cinque Terre. A keen advocacy nerd, Sach represented the Graduate Student union and policy-related clubs in her university days. Sach has experience working for a Federal MP, where she coordinated electorate engagement and the Youth Committee. In her spare time, Sach co-edits Bloom Zine (a zine empowering local women creatives) and can be found scheming more creative pursuits (stay tuned), while eating copious amounts of Nutella. You can also find Sach away from her laptop, usually cycling, attending live gigs, hiking and attending to her plants. 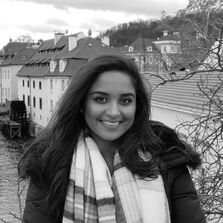 Salonika Mitter | Youth Engagement Officer
Salonika is currently working with the NSW Department of Communities and Justice, assisting on law reform proposals and strategic policy in Law Enforcement and Crime. In 2019, she finished her undergraduate studies in law and international relations and will also soon be admitted to the Supreme Court of NSW, where she can finally pull the lawyer card. Although her childhood dreams to become a world-renowned journalist didn’t make it past her home videos, Salonika has always had a keen interest in the community. Cultivated through her studies and exchange programs in the US and Indonesia, Salonika is passionate about foreign policy and the ever-growing role that the media plays in shaping identity politics as we see it today. As the world becomes more interconnected through social media, Salonika would like to utilise GenP as a platform for raising youth awareness about important issues and put meaningful discussions back at the forefront of ‘politics’. Salonika loves to play golf, practice yoga and is always on the hunt for delicious Mexican restaurants. And yes, she’s guilty of listening to pop culture podcasts, well because they’re great entertainment. 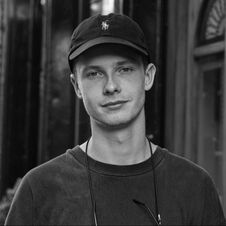 Conor McCann | Grants Officer
Conor is a second-year student at the University of Western Australia studying a Bachelor of Commerce majoring in Economics and Political Science & International Relations.   A curious mind steers Conor’s passion for all things economic and public policy. 2019 found Conor travelling here, there and everywhere.  It started with working at a summer camp in Maine, USA and ended with exploring 13 countries throughout Europe.  Conor’s gap year opened his eyes to the world of travel, which he hopes to turn into a career forged as a diplomat in the Department of Foreign Affairs and Trade. Outside of economics and politics Conor enjoys playing football, a cold pale ale and trying his best to become the next Warren Buffett. ​ 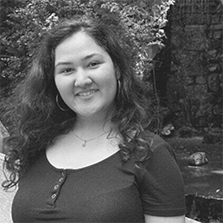 Shelley Dalapu | Communications Officer
Shelley completed her Master of International Relations at Monash University and now works full time. She has volunteered across youth organisations in social media and is passionate about getting young people interested in politics. She is particularly interested in international political economy and how patents and intellectual property rights affect access to healthcare, food security and human rights. In her spare time, Shelley is samba dancing, making oddly-specific Spotify playlists and reading.  Shelley joined Gen:P to continue to engage and stay informed with emerging issues affecting young people today. Her biggest achievement is travelling to Thailand to train in Muay Thai and is always down to kick something.​ 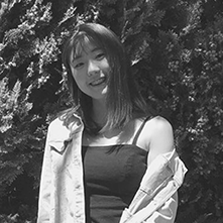 Lucia Kim | Communications Officer
Lucia is currently studying Bachelor of Commerce and Bachelor of Arts at Monash University, majoring in Marketing Science and Chinese Language Studies and minoring in International Relations. Lucia is passionate about building a society that is positive for youth. She has experience in working with young individuals at Monash Youth Services, and she hopes to continue her passion by providing opportunities for young people to engage in policymaking. In her spare time, Lucia loves listening to music, hang out with friends, and online shopping for cute items.​ 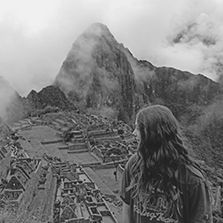 Georgia Lee | Communications Officer
Georgia recently graduated from Deakin University with a Bachelor of International Studies, majoring in Spanish and International Politics. Even as a politics student, Georgia could relate to the feeling of disconnect as a young person with politics. It wasn’t until she completed her degree that she was able to fully appreciate the power of policymaking in evoking meaningful change. Georgia hopes that through joining Gen:P she can help fellow young people also reconnect with politics. Georgia currently works for a local non-profit where she develops policy and assists with the execution of the community programs.
Georgia loves a good coffee (sorry I'm a coffee snob), punishing her body with snowboarding and surfing pursuits and listening (dancing) to reggaetón.​
JOIN OUR TEAM